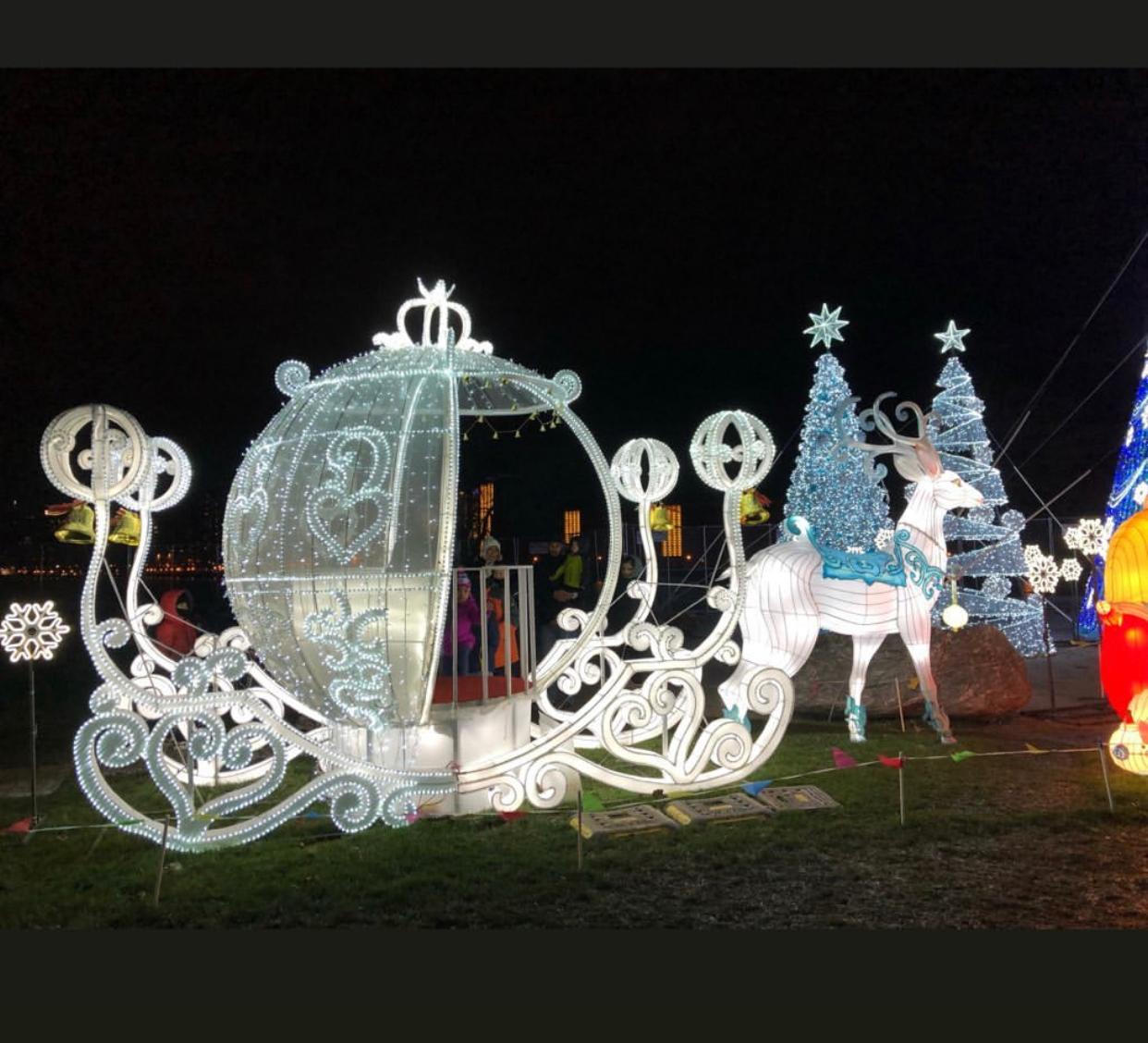 Taking a snowy vacation every year or running away from the doldrums on a sun-soaked beach, the winter months are a peak time for travel. This snowy season, we dive into the most popular reasons for winter trips and what makes each one a remarkable choice. Our high-quality vehicles with experienced chauffeurs behind the wheel have been carefully crafted for independent travelers who want to see the best a destination has to offer. Led by experience throughout the years, we have summarized a list of most visited places during holidays in New York.

The LuminoCity festival attracts visitors with a first-ever world of light within New York City, celebrating the holidays through leading edge light art that couples the fantasy and wonder of childhood with deep cultural significance of Chinese lanterns festivals. While adventuring around the festival, you’ll want to have your cameras ready for stuff like the giant glowing donut tunnel. There will also be opportunities for you to climb the top of an illuminated castle in the sky and then glide back down via its tall slide.

Times square in New York City is an entertainment centre and a site for tourist destination which was initially known as Longacre Square but was renamed in 1904. Times Square is the plot for the annual New Years Eve ball drop. Around a million partygoers crowd Times Square for the New Year’s Eve. A ball signifying New Year’s Day was first dropped at Times Square, on December 31, 1907 and the celebrations are being done here ever since.

These are just a few attractions mentioned that you can be a part of, there’s a lot more New York has for their people so, leave out the hassle of travelling on your own and let Sapphire Limousine Services help you make your experience whole. Gather your family and friends and hop on into our fleet of Sedans to get ready for an exciting holiday adventure.

Book a ride now, before the ball drops. Book your ride today!

Apps you need to have while you are travelling